How long will the positive effect of the coronavirus on the environment last?

The forced brake imposed on industries, many human activities, air and land transport, as well as the isolation of millions of people has brought an almost immediate positive effect on the environment and citizens have been able to breathe cleaner and cool air and see blue skies and no pollution.

However, there are those who consider that this will be a temporary effect that, without a doubt, does the planet a lot of good, but that once the emergency is over, the consequences could be even worse if awareness is not taken about the adoption of actions real that allow to take care of the environment.

The fall in environmental pollution and carbon emissions was one of the first positive results for the planet. The first country to reduce its levels of environmental pollution was China, precisely the biggest polluter in the world and where the virus appeared, now a pandemic.
NASA data based on images taken from late January to early February, indicate that the concentration of nitrogen dioxide, one of the most frequent pollutants in urban areas, fell between 30 and 50 percent in several cities in the Asian country, compared to the same period in 2019.

According to the Center for Research on Energy and Clean Air (CREA), an air pollution research organization, this could be equivalent to about 200 million tons of carbon dioxide.

The same happens in countries like Italy and Spain, according to data from the European Space Agency. Images taken from space by the satellites of the European Earth observation program Copernicus show a drastic decrease in air pollution.
General situation
According to Copernicus, in northern Italy there is a gradual reduction in nitrogen dioxide concentrations of approximately 10 percent per week, which is particularly evident in 11 cities in Lombardy and Veneto, two provinces that entered quarantine at beginning of the crisis.

This has allowed that in recent days, through social networks, images of clean waters are seen in the canals in Venice, for example. The reduction in the number of tourists and traffic has allowed fish and other animals like swans to return. In Sardinia, the inhabitants have once again seen dolphins in the port.

For its part, in New York, according to researchers from Columbia University, carbon monoxide emissions were reduced by about 50 percent in one week, mainly due to the low circulation of private cars and trucks.
And not to go far, in Bogotá, a city that has been on yellow alert for poor air quality since last March 5, this weekend, as a result of the preventive drill, its indicators significantly improved, according to the Secretary of Environment. All its measuring stations are green, so the situation around pollution in the city’s atmosphere is expected to continue to improve.

Another positive aspect of the pandemic is that it has paradoxically saved more lives than the deaths it has produced. In China, where 3,270 deaths from the virus are reported as of Monday, the figure contrasts with the 1.1 million people who die each year, victims of air pollution.

According to the latest records from the World Health Organization, around 7 million people died in the world due to air pollution. In Colombia, according to data from the National Institute of Health, on average, 15,000 people die a year from issues related to air quality.
Revenge of pollution
Although all this, without a doubt, is very positive for the planet, the fears of what will happen once the emergency ends are not minor. The concern, according to Li Shuo, climate policy advisor at Greenpeace East Asia, is that when the threat of the coronavirus has passed, China will focus on restarting its economy, which was already affected by the trade war with the United States and this will bring serious consequences in terms of pollution.

“There could be a round of economic stimulus that would inject cheap credits into heavy industries in China, and as a result we could see an increase in pollutants and also carbon emissions in the second half of this year,” Li added.

“There will be a before and after the coronavirus from the climatic point of view. The epidemic and the measures taken to counter it have created a psychological shock in our societies. There will be consequences for environmental policies. In short, the crises due to the coronavirus and global warming are similar. It is when we are faced with a catastrophe that strong decisions are made”, asserted the French expert on climate change, Hervé le Treut.
Petteri Taalas, Secretary General of the World Meteorological Organization, believes it is time to consider how to use economic stimulus packages to support a long-term shift towards more environmentally and climate-friendly business and personal practices, as past experiences suggest that decreases in emissions during economic crises are followed by a rapid increase in pollution and that it is necessary to change this trajectory.

“The world needs to demonstrate the same unity and commitment to climate action and reducing greenhouse gas emissions as containing the coronavirus pandemic. Failure to mitigate climate change could lead to further loss of both life and economic life over the next few decades,” he said.
Disposable mask alert
Another concern is what happens today in Hong Kong, where the beaches and streets are filling with single-use masks that the population is using to protect themselves from the virus. Ignoring the recommendations of the health authorities that assure that wearing a mask is not necessary if there are no symptoms, thousands of Hong Kongers went out to buy these items and now dispose of them, generating significant impacts on the environment.

Now these objects are turning up in Hong Kong’s sea, beaches and nature trails. Experts warn that, in addition to being an environmental hazard, improper disposal of these materials can pose a health hazard. Source: sustainability.week 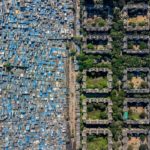 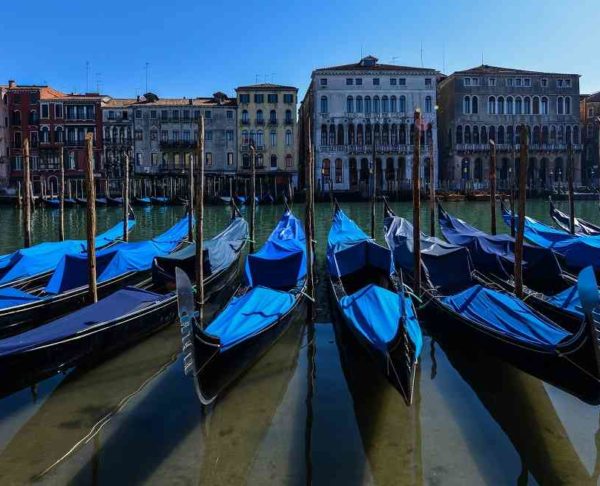 How long will the positive effect of the coronavirus on the environment last?